Do YOU have what it takes to escape the clutches of the world’s most notorious pirate? (ESCAPE-STYLE Adventure)

A swashbuckling pirate adventure that will see you taking on the mighty Redbeard himself! Can you follow the trail of clues and complete your mission, while you are hunted on all sides?
Book Now
More Info
Leaders
Notes: A storyline that will be fun for families, but puzzles that will be challenging for anyone!
FAMILY
90 mins
INTRIGUE RATING
RACE POTENTIAL 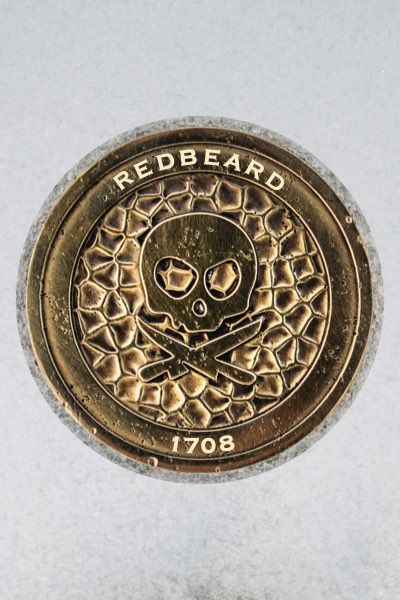 It is St Patrick’s Day 1708, and having just been caught red-handed stealing a set of silver candlesticks from the captain’s quarters on your ship, you had figured that your trip to the Admiralty this morning was to be a mere formality on the way to the hangman’s noose. But in an astonishing turn of events, you now find yourself walking the streets of London not only free, but in possession of several pieces of the Queen’s silver, and a letter of mark from Queen Anne herself!

Of course, there was just a small catch… As the Queen’s military chief had very eloquently explained. Her Majesty needed someone with your 'dubious skill set' to get onboard the Blood Moon, the ship of the dreaded pirate Redbeard, and somehow deliver him and his cargo into the hands of the British Navy. Simple right? So now you need to find a way to join the crew, and from there? Well you have always found a way to be creative when needed.

Your job sounds difficult, if not impossible, but at least you are alive. Your reward if successful will be a full royal pardon and a bag of gold, but do you have what it takes to find Redbeard and deliver him to the British within the time the Duke has given you…?

Curious about how your team did? Below you'll find a list of the top teams and their times. If you were part of a corporate or group challenge please use the drop-down menu to find your group name and click "Filter by Group". Click "View All Teams" to reset the leaderboard.

Can't find your team name? This sometimes happens when wifi is lost at the end of the game - please contact us at This email address is being protected from spambots. You need JavaScript enabled to view it.