1929, and there is CHAOS in Chicago! Can you seize the opportunity to take over the City (CLUE-HUNTING Adventure) LAUNCHES FEB 16TH

The police are raiding every speakeasy, distillery and brewery, creating havoc in the underworld. Other gangs are going to ground, but YOU recognize this chaos is the great opportunity you have been waiting for. It is time to take over the town!
Book Now
More Info
Leaders
Restrictions: LAUNCHES FEB 16TH
MODERATE/CHALLENGING
2 hours
INTRIGUE RATING
RACE POTENTIAL 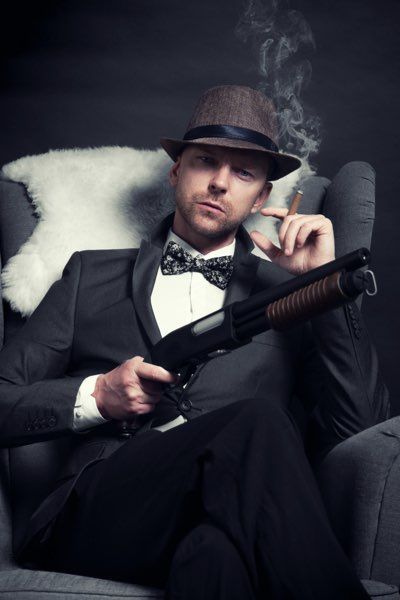 The date is 14 Feb 1929. Chicago. The St Valentine's day massacre has just occurred, and the police have been raiding every speakeasy, distillery and brewery trying to track down the assassins, creating havoc in the underworld. You and your Grotto Gang see the chaos as a great opportunity to put your rivals, the infamous Grassi Mob, out of business for ever, and finally take the city for yourselves. You know that their leader is Huw the Bloody Welshman, who you know keeps the Grassi Mob’s money in a Brew House attached to his speakeasy. Huw is both clever and paranoid, and you are certain he will have made the money very hard to find.

You have just watched the police haul the entire Grassi Mob into custody. This may be your chance to rob them blind, but you know Huw has the judges in his pocket, and you are certain they will be out of jail and back at their speakeasy within a couple of hours. It is rumoured that the Speakeasy is connected to a local bookstore. You need to find the Speakeasy, get into the Brew House, steal the money, and get out again. If you are not fast enough, Huw and his minions are going to find you, and it will not be pleasant.

Do YOU have what it takes to do this…?

Curious about how your team did? Below you'll find a list of the top teams and their times. If you were part of a corporate or group challenge please use the drop-down menu to find your group name and click "Filter by Group". Click "View All Teams" to reset the leaderboard.

Can't find your team name? This sometimes happens when wifi is lost at the end of the game - please contact us at This email address is being protected from spambots. You need JavaScript enabled to view it.